Deep Meditation and Self-Knowledge (MPA) is a way leading towards the centre of the Human Being. It fosters personal growth, self-knowledge and the development of the spiritual dimension of the self.
MPA is not connected to any religion. It uses self-knowledge methods that harmoniously integrate body, psyche and spirit in order to lead a person to the source of Being and to experience who he/she really is. 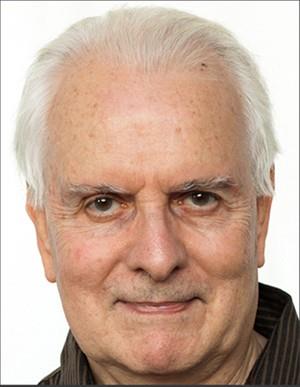 Born in Spain, in Murcia, on the 8th of May 1935, Mariano Ballester entered the Novitiate of Aranjuez on August 14th 1953; ordained as a priest on July 16th, 1967, he made his final vows as a Jesuit on April 22nd , 1972 (significantly all dates dedicated to Mary, Mother of the Jesuit Society). To Mary father Mariano dedicated the beautiful mosaic he painted for the Mater Societatis chapel in the International College of Jesus, where he worked with competence and dedication for almost 30 years in the spiritual accompaniment of many Jesuits in formation.

Father Mariano made his first studies in Murcia; after joining the Society he moved to Alcalà de Henares for his philosophy studies and to Granada for his theology studies. He exercised his magisterium in Villafranca de los Barros, his first destination after ordination; from there he moved to Rome in 1973 for a sabbatical, a year which turned into almost 50 years of service in the Society of Jesus in Rome. Father Arrupe asked him, in 1974, to work in the Curia as the assistant to Fr Luis González, director of the Apostolate of Prayer. From that moment on, the ministry of Fr. Mariano was always centred on spiritual accompaniment, prayers and meditation.

The prayer was not for Fr. Mariano only a personal experience, but it became his apostolate. From his arrival in the General Curia he organized courses of deep prayer for all kinds of people, of different religious convictions, men and women, lay and religious. He always had a great respect and appreciation for all those who thought differently from him. In addition to updating Ignatian exercises through cinema, he developed ways of prayer that included aspects of Eastern spirituality. All these experiences flowed into the MPA, Deep meditation and Self-knowledge, which also became a lay association in 2009. The openness to learning new things was a characteristic of his. The “novelty” of the Gospel of Jesus, to which to remain faithful but adapted to the change in today's mentality, had always been his inspiration.

Fr Mariano spiritually accompanied numerous generations of Jesuits and many other people, even younger generations, who sought him for his capacity to really listen, for compassion and to dialogue about the most diverse situations. Undoubtedly, the diversity of cultures in the Society of Jesus opened up new horizons of knowledge and understanding for him. Above all, he was a true welcoming Father for many who felt loved unconditionally and appreciated in their diversity.

One aspect of Fr. Mariano, not to be forgotten, was his artistic dimension, which also manifested itself in his proposals to renovate the previously mentioned Mater Societatis chapel and in the many ceramic plates that he painted and gave away as gifts to as many people.

Towards the end of his life we often heard him say: "Thank you, thank you, thank you." We too give thanks to God for Mariano's life and ministry, an expression of the "so much good received" of the Practices and Inner Exercises, which prompted him to serve with love and to love in service


"Certain important people, as such, are no longer with us now, but their spirit is still here and therefore it is our responsibility to decide whether this spirit remains alive or not, it is up to us. So we should use the tool of their wonderful thinking, or of their wonderful ideas and take them as ours. Then their spirit will remain alive and can be more effective. Just a memory or some celebration is not enough if we do not continue their work. "
(Tanzin Gyatso, XIV Dalai Lama)